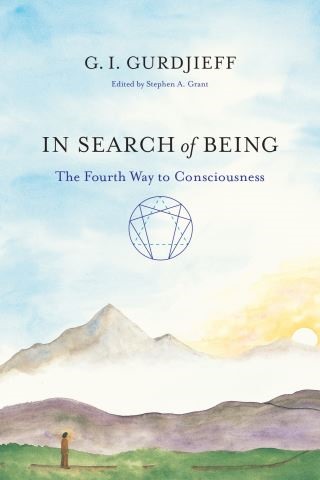 In Search of Being

The Fourth Way to Consciousness

Over one hundred years ago in Russia, G. I. Gurdjieff introduced a spiritual teaching of conscious evolution—a way of gnosis or “knowledge of being” passed on from remote antiquity. Gurdjieff’s early talks in Europe were published in the form of chronological fragments preserved by his close followers P. D. Ouspensky and Jeanne de Salzmann. Now these teachings are presented as a comprehensive whole, covering a variety of subjects including states of consciousness, methods of self-study, spiritual work in groups, laws of the cosmos, and the universal symbol known as the Enneagram.

Gurdjieff respected traditional religious practices, which he regarded as falling into three general categories or “ways”: the Way of the Fakir, related to mastery of the physical body; the Way of the Monk, based on faith and feeling; and the Way of the Yogi, which focuses on development of the mind. He presented his teaching as a “Fourth Way” that integrates these three aspects into a single path of self-knowledge. The principles are laid out as a way of knowing and experiencing an awakened level of being that must be verified for oneself.

G. I. Gurdjieff: G. I. Gurdjieff (1866–1949) created an original system of self-transformation that reconciled the great mystical traditions, known as the "Fourth Way" or "the Work." He initially gathered pupils in Moscow and in 1915 organized a study group in St. Petersburg that included P. D. Ouspensky, a leading figure in the spread of the teachings. Amid revolutionary turmoil in Russia, in 1917 he moved to the Caucasus and in 1922 established an institute for his work in France. The sources of the present book stem from this early period.