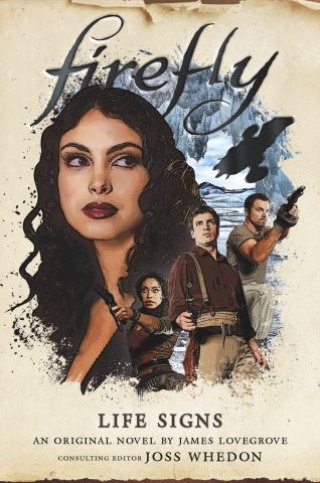 A deadly disease
Months after Inara leaves Serenity, Mal and the crew finally learn the reason for her sudden departure: she is dying of a terminal illness. It is Kiehl's Myeloma, a form of cancer that's supposedly incurable, and Inara has very little time left.

A disreputable scientist
Through their shock and despair, rumors of a cure reach the crew. Expert Esau Weng is said to have developed a means to treat Inara's condition, but he has been disgraced and incarcerated for life on a notorious Alliance prison planet.

An infamous prison
On the planet of Atata, inmates are abandoned with no guards and left to survive as best they can. What's more, terraforming the planet did not take properly, so the world is a frozen wasteland. To save Inara, the Serenity crew must infiltrate the prison...

James Lovegrove: James Lovegrove is the New York Times bestselling author of The Age of Odin. He was shortlisted for the Arthur C. Clarke Award in 1998 and the John W. Campbell Memorial Award in 2004, and reviews fiction for the Financial Times. He is the author of Firefly: Big Damn Hero with Nancy Holder, Firefly: The Magnificent Nine, and Firefly: The Ghost Machine, along with several Sherlock Holmes novels. He lives in south-east England.