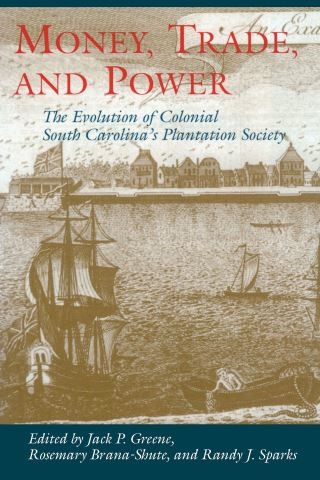 Reflecting the burgeoning interest of colonial historians in South Carolina and its role as the economic and cultural center of the Lower South, Money, Trade, and Power is a comprehensive exploration of the colony's slave system, economy, and complex social and cultural life.

Turning to the colony's reliance on slave labor, William L. Ramsay analyzes the institution and abandonment of Indian slavery; Jennifer Lyle Morgan examines the reproductive capabilities of slave women; and S. Max Edelson looks at the distinctive social position of skilled slaves. Robert Olwell considers how South Carolina public officials adapted the office of justice of the peace to the needs of a slave society, while Matthew Mulcahy shows how calamities of fires and hurricanes exacerbated the problem of slave control.