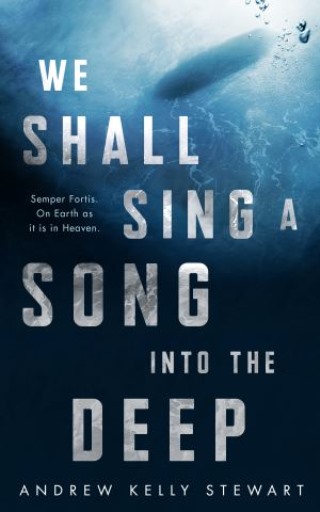 We Shall Sing a Song into the Deep

A Canticle for Leibowitz meets The Hunt for Red October in We Shall Sing a Song into the Deep, a lyrical and page-turning coming-of-age exploration of duty, belief, and the post-apocalypse from breakout newcomer Andrew Kelly Stewart.

Remy is a Chorister, rescued from the surface world and raised to sing in a choir of young boys. Remy is part of a strange crew who control the Leviathan, an aging nuclear submarine, that bears a sacred mission: to trigger the Second Coming when the time is right.

But Remy has a secret too—she’s the submarine’s only girl. Gifted with the missile’s launch key by the Leviathan’s dying caplain, she swears to keep it safe. Safety, however, is not the priority of the new caplain, who has his own ideas about the mission. When a surface-dweller is captured during a raid, Remy’s faith becomes completely overturned. Now, her last judgement may transform the fate of everything.

At the Publisher's request, this title is being sold without Digital Rights Management Software (DRM) applied.

Andrew Kelly Stewart: ANDREW KELLY STEWART's writing spans the literary, science fiction, fantasy, and the supernatural genres. His short fiction has appeared in The Magazine of Fantasy and Science Fiction and ZYZZYVA. He is a Clarion Workshop alum and holds an MFA in Creative Writing. We Shall Sing a Song into the Deep is his first publication with Tor.com. Stewart lives and writes in southern California.