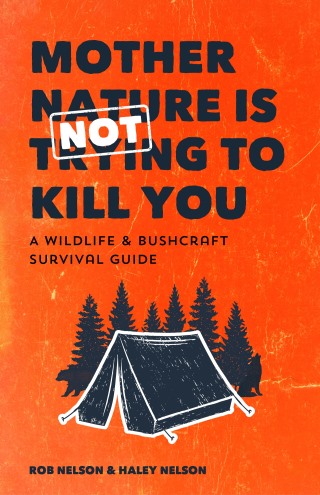 Mother Nature is Not Trying to Kill You

Rob Nelson is a biologist, host, and online content creator. He’s hosted documentaries like Secrets of the Underground, Life After Chernobyl, and Man Eating Python and received an Emmy Award for his work on the documentary film Mysteries of the Driftles.

Haley Chamberlain Nelson is a science host on television and online. She has been a writer, producer and host with StoneAgeMan and Untamed Science for over 10 years, making science content viewed by over half the classrooms in the US and over 100,000 views per month online. She is driven by the intersection of science and the arts, finding ways to creatively explore and share the natural world. Her happy place is doing this work and play as a family with her two sons and husband. She also really loves sneakers. Her most recent credits include Smithsonian Channel's hit series Bug Bites, 4 years hosting JASON Live! Events, and 6 Seasons of Science Channel's What On Earth? She co-wrote the award-winning documentary Decoding the Driftless, currently gaining acclaim on the festival circuit and winning "Best Picture" in the Los Angeles International Film Festival.