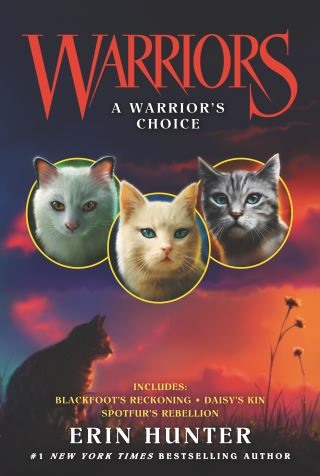 Discover untold stories about three cats of the warrior Clans: a ShadowClan leader’s path to redemption; a ThunderClan cat forced to choose between her past and future; and a young warrior’s choice to defy her leader for the good of all five Clans.

Erin Hunter is inspired by a love of cats and a fascination with the ferocity of the natural world. In addition to having great respect for nature in all its forms, Erin enjoys creating rich mythical explanations for animal behavior. She is also the author of the Seekers, Survivors, and Bravelands series.