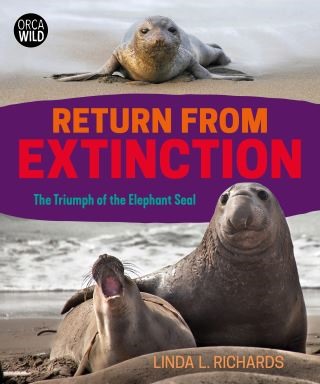 The Triumph of the Elephant Seal

Less than 100 years ago, the northern elephant seal was thought to be extinct. Today more than 250,000 elephant seals swim in the Pacific Ocean from Alaska to Mexico. In Return from Extinction: The Triumph of the Elephant Seal Linda L. Richards tells the story of their dramatic recovery.
Elephant seals were hunted to near extinction for their precious oil before the Mexican government stepped in to protect them. Many people thought it was too late. Even though the life of the elephant seal is difficult and only 20 percent of pups born will make it to adulthood, the species adapted and came back from the brink. They are a true conservation success story.

Linda L. Richards: Linda L. Richards is a journalist and award-winning author. She is the founding editor of January Magazine, one of the Web's most respected voices about books. Linda divides her time between Vancouver, Phoenix and Paso Robles, California.