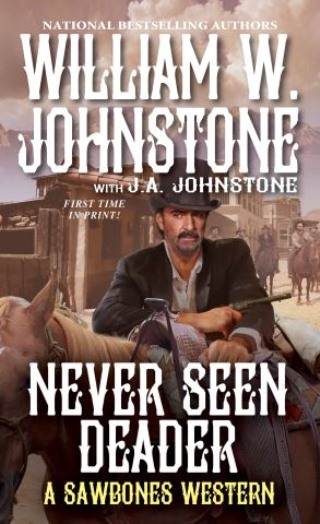 From bestselling authors William W. Johnstone and J.A. Johnstone, the epic tale of a Rebel doctor surviving in the lawless aftermath of the Civil War continues . . .

A DEADLY CURE FOR JUSTICE

When the war ended, Dr. Samuel Knight went home to Texas—but the life he expected was in ruins, his wife married to a carpetbagger. Trying to defend what’s left of his previous existence, the good doctor is branded an outlaw and driven from Texas. Now he’s laying low in New Mexico, with his image on wanted posters everywhere. But when the town explodes in violence, Knight will risk his neck to save innocent lives.

After a cave-in injures a team of miners, Knight throws his cover aside to tend to their wounds. He catches the eye of Helena “Hellfire” Bonham, the mine’s owner, who’s wrapped up in a murderous dispute with her ex-husband over control of the land. She thinks he was responsible for the cave-in, and wants Knight to prove it. She’s chosen well, because if Dr. Samuel Knight is quick with a scalpel, he’s even faster with a gun.