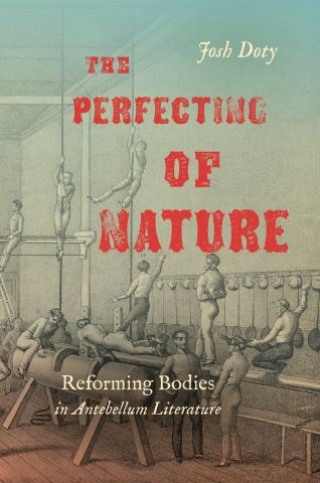 The Perfecting of Nature

The nineteenth century saw a marked change in how Americans viewed and understood the human form. These new ways of understanding the body reflect how Americans were beginning to see the body's constituent parts as interconnected. From the transcendentalists' idealized concept of self to the rise of Darwinian theory after the Civil War, the era and its writers redefined the human body as both deeply reactive and malleable. Josh Doty explores antebellum American conceptions of bioplasticity—the body's ability to react and change from interior and exterior forces—and argues that literature helped to shape the cultural reception of these ideas. These new ways of thinking about the body's responsiveness to its surroundings enabled exercise fanatics, cold-water bathers, cookbook authors, and everyday readers to understand the tractable body as a way to reform the United States at the physiological level.

Doty weaves together analysis of religious texts, nutritional guides, and canonical literature to show the fluid relationship among bodies, literature, and culture in nineteenth-century America.