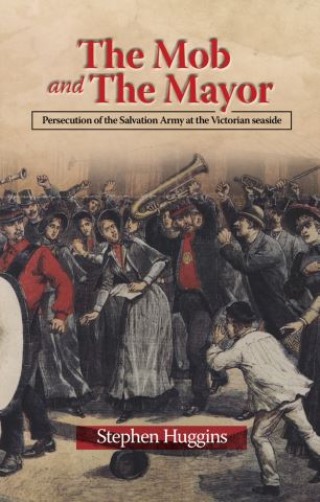 The Mob and The Mayor

Persecution of the Salvation Army at the Victorian seaside

The Salvation Army is well known for its work with the poor and disadvantaged. There is, however, much more to the story of the Salvation Army than their highly commendable good works. They have been so closely identified with a programme of social action that their wider history has been marginalized. This history includes a period of astonishing levels of opposition and religious persecution which the Army faced in its early years. Many Salvationists were badly injured in violent street riots against them while at the same time facing imprisonment as the force of the law was brought to bear on their evangelism. Among all those places in Britain where the Salvation Army was persecuted, that in the south-coast town of Eastbourne during the 1880s and 1890s stands out as worthy of attention. The Sussex seaside resort played a hugely important part in the wider anti-Salvation Army narrative as it was in Eastbourne that opposition was among the most violent and protracted. Significantly and surprisingly, the vehemence and savagery was supported by the local Council and Mayor. The narrative of The Mob and The Mayor is chronological and entirely evidence based. It includes: Eyewitness accounts; newspaper reports; Parliamentary papers; Eastbourne Council &amp; Watch Committee Meetings Minutes; and Salvation Army documents. Britain was at times at war with itself as the country came to terms with urban poverty resulting from the Industrial Revolution. The persecution of the Salvation Army at the Victorian seaside sheds a wider light on the struggles to promote social betterment for all.

Stephen Huggins: Stephen Huggins has a keen interest in Victorian Studies. He is the author of two previous books – A Gentleman in Khaki Ordered South: The Boer War Diary of Corporal George Stokes and With Her Father’s Love: The Diary of a Victorian Rector’s Daughter