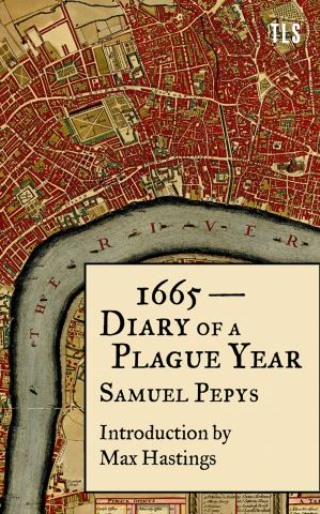 This timely release of a year in the life of London’s greatest diarist comes with an introduction by bestselling author, Max Hastings.

The plague that swept through London in 1665 brought the city to a grinding halt. The bustle of business gave way to a grim air of fear as nearly a quarter of Londoners were struck down. Yet for Samuel Pepys, life went on.
In his lifetime, Pepys was a naval administrator and a friend and colleague of the powerful and learned. For nearly ten years he kept a private diary in which he recorded life in Restoration London, commenting on politics, public events and private matters. As well as recording public and historical events, Pepys paints a vivid picture of his personal life, from his socializing and amorous entanglements, to his theatre-going and his work at the Navy Board. Unequalled for its frankness, high spirits and sharp observations, the diary is both a literary masterpiece and a marvellous portrait of seventeenth-century life.
In 1665 that life was lived under an ever-present shadow of death, and Pepys offers us a glimpse into how that affected London and Londoners alike.

Samuel Pepys (1633-1703) was a naval administrator, member of Parliament and devoted diarist. Kept between 1660–1669 and written in Shelton's shorthand, Pepys's diary recorded major historical events, like the Plague of 1665 and the Great Fire of London, alongside his more personal concerns and activities, including politics, his work in public life and rows with his wife, Elizabeth.

Max Hastings is the author of twenty-six books, most about conflict. He served as Editor-in-Chief of the Daily Telegraph between 1986 and 2000, then Editor of the Evening Standard. He has won many prizes both for journalism and his books, of which the most recent are Chastise and Vietnam, bestsellers translated around the world. He is a fellow of the Royal Society of Literature, an Honorary Fellow of King’s College, London and was knighted in 2002. He has two grown-up children, Charlotte and Harry, and lives with his wife Penny in West Berkshire, where they garden enthusiastically.