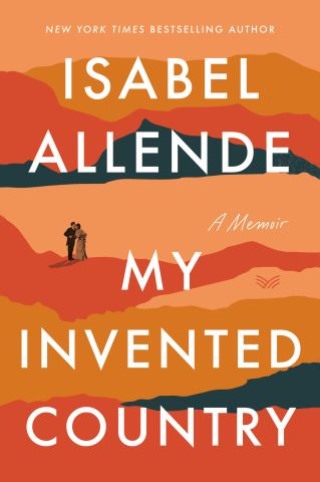 A Nostalgic Journey Through Chile

In My Invented Country Isabel Allende evokes the magnificent landscapes of her country, a charming, idiosyncratic Chilean people with a violent history and indomitable spirit, and the politics, religion, myth and magic of her homeland that she carries with her even today.

The book circles around two life-changing moments. The assassination of her uncle, Salvador Allende Gossens, on September 11, 1973, sent her into exile and transformed her into a literary writer. And the terrorist attacks of September 11, 2001, on her adopted homeland, the United States, brought forth from Allende an overdue acknowledgment that she had indeed left home. My Invented Country, whose structure mimics the workings of memory itself, ranges back and forth across that distance accrued between the author’s past and present lives. It speaks compellingly to immigrants, and to all of us, who try to retain a coherent inner life in a world full of contradictions.

Isabel Allende is the author of twelve works of fiction, including the New York Times bestsellers Maya’s Notebook, Island Beneath the Sea, Inés of My Soul, Daughter of Fortune, and a novel that has become a world-renowned classic, The House of the Spirits. Born in Peru and raised in Chile, she lives in California.