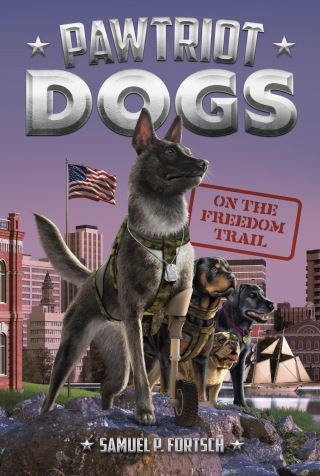 On the Freedom Trail #4

The Pawtriots are en route back home to D.C., but there's trouble barking in the Boston Harbor...Will Rico divert his course to accept the dangerous mission?

For young readers wanting action-packed adventure with a patriotic message, the Pawtriots are the perfect team!

Samuel P. Fortsch: Samuel P. Fortsch is a former Captain in the US Army and a lifelong writer who first began creating other worlds and characters in the fifth grade. He lives in Western Massachusetts with his lovely wife, three wonderful kids, and his two pooches.