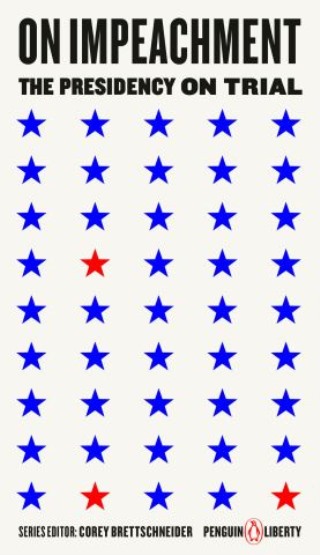 The Presidency on Trial

A short, accessible collection of key historic writings about presidential impeachment, as part of a new Penguin Classics series on liberty and constitutional rights.

Penguin Liberty is a newly curated series of historical, political and legal classic texts from Penguin Classics. One of the first volumes, On Impeachment, provides key historic writings to understand what impeachment is and learn about three presidents who have been subject to the process: Andrew Johnson, Richard Nixon and Bill Clinton. The volume includes essential texts from each of the two presidential impeachments that were voted by the House, and the Nixon case, which was voted on by the House judiciary committee and which forced Nixon's resignation. Readers will have a scope of perspectives from the Constitution, George Washington, Alexander Hamilton, Frederick Douglass, Barbara Jordan, Gerald Ford, Dianne Feinstein, and more. Each volume will feature a series introduction and volume introduction by series editor Corey Brettschneider.