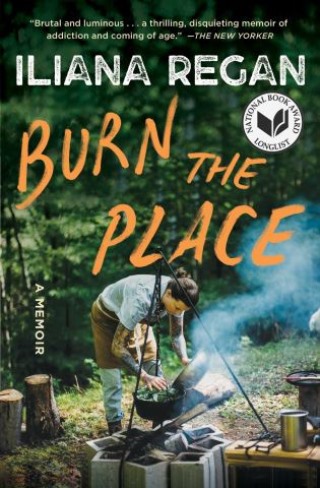 LONGLISTED for the NATIONAL BOOK AWARD

A “blistering yet tender” (Publishers Weekly) memoir that chronicles one chef’s journey from foraging on her family’s Midwestern farm to running her own Michelin-starred restaurant and finding her place in the world.

Iliana Regan grew up the youngest of four headstrong girls on a small farm in Indiana. While gathering raspberries as a toddler, Regan learned to only pick the ripe fruit. In the nearby fields, the orange flutes of chanterelle mushrooms beckoned her while they eluded others.

Regan’s profound connection with food and the earth began in childhood, but connecting with people was more difficult. She grew up gay in an intolerant community, was an alcoholic before she turned twenty, and struggled to find her voice as a woman working in an industry dominated by men. But food helped her navigate the world around her—learning to cook in her childhood home, getting her first restaurant job at age fifteen, teaching herself cutting-edge cuisine while hosting an underground supper club, and working her way from front-of-house staff to running her own kitchen.

Regan’s culinary talent is based on instinct, memory, and an almost otherworldly connection to ingredients, and her writing comes from the same place. Raw, filled with startling imagery and told with uncommon emotional power, Burn the Place takes us from Regan’s childhood farmhouse kitchen to the country’s most elite restaurants in a galvanizing tale that is entirely original, and unforgettable.

Iliana Regan: Iliana Regan is a self-taught chef. She is the founder and owner of the Michelin-starred “new gatherer” restaurant Elizabeth in Chicago and of Milkweed Inn, a farm and bed and breakfast located in Michigan’s Upper Peninsula. A James Beard Award and Jean Banchet Award nominee, Regan was named one of Food & Wine’s Best New Chefs 2016. She is the author of Burn the Place, which was longlisted for the 2019 National Book Award.