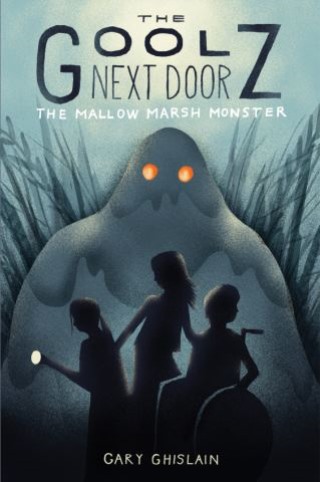 In this second book in the comic-horror The Goolz Next Door series, twelve-year-old Harold and his quirky neighbors contend with a legendary monster that lives in the nearby Mallow Marsh.

Immediately picking up where A Bad Night for Bullies left off, Harold is now an official member of the Goolz team, comprised of eccentric horror author Frank Goolz and his daughters Suzie and Ilona (who is also Harold's kinda-sorta girlfriend). A set of twins has come to the Goolz for help in finding their missing mother, whom they believe has been taken by the monster rumored to live in the Mallow Marsh. When the (very real) monster bites Harold, his bizarre symptoms cause him to fear he is transforming into a monster himself. Then Suzie is taken, and it's up to Harold and Ilona to save her, prevent the formation of future marsh monsters, and stop Harold's own frightening transformation.

Gary Ghislain: Gary Ghislain is the author of How I Stole Johnny Depp's Alien Girlfriend and the first book in The Goolz Next Door series, A Bad Night for Bullies.