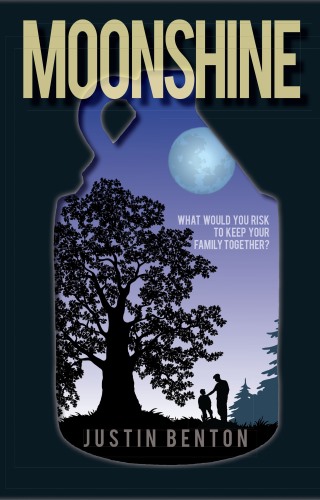 Set in the Great Depression, a boy begins to question his and his father's illicit lifestyle brewing moonshine in the Tennessee wilderness and finds himself facing not only vengeful gangsters and a corrupt sheriff, but also the possibility of losing his Pa.

To keep food on the table during the Great Depression, thirteen-year-old Cub helps his widower father illegally distill and sell moonshine, despite Prohibition. However, their relaxed business is interrupted when a gangster named Salvatore arrives and offers a once-in-a-lifetime distribution deal to Cub's father. Eager for a safer lifestyle, Cub decides to interfere with the gangster's negotiations and end the deal. However, this broken arrangement backfires, forcing Cub to make some business decisions before things turn deadly. In this coming-of-age historical adventure by a debut author, Cub must race against time to not only save his father's life, but also their future.

Justin Benton: Justin Benton grew up on a farm in Georgia, where he had the chance to spend time at various distilleries and stills, legal and otherwise. Moonshine is his debut novel. He lives in Cartagena, Colombia, where he is a teacher and print translator.