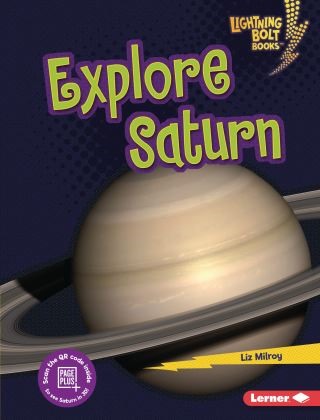 Learn about Saturn's vast and beautiful network of rings, and see how it is similar to or different from other planets. Access a downloadable 3D printer model from NASA via Page Plus QR codes.

Liz Milroy: Liz Milroy's teachers sometimes told her that her head was in the clouds, so she's excited to be able to channel that habit into writing nonfiction books for kids. She lives in Minnesota with her family, including two cats who also love to daydream.