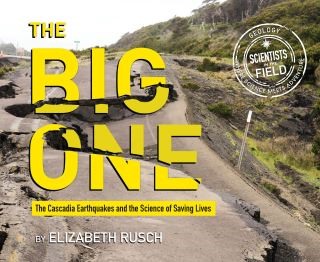 The Cascadia Earthquakes and the Science of Saving Lives

No one ever thought the Pacific Northwest was due for an earthquake, let alone a catastrophic one. But geologists are transforming our understanding of the grave dangers the population in the region of Cascadia face—will there be a big one? And what can be done to save lives?

America's Pacific Northwest has relatively few earthquakes—only a handful each year that cause even moderately noticeable shaking. But a couple decades ago, scientists discovered a geological feature running along the coast that in other parts of the world regularly triggers massive earthquakes of 8.0 magnitude and higher. Were there once massive earthquakes in this part of the world? Geologists think there were. Now a small group of scientists are studying things that you might not think have anything to do with earthquakes—marsh soil, ocean sediments, landslide debris, and ghost forests—and they have reason to believe that the Pacific Northwest is likely not as idyllic as it was once assumed. The population is likely in grave danger of a massive earthquake at some point. What can be done? The big one can't be stopped, but scientists are working tirelessly to learn as much as they can to prepare.

The award-winning freelance writer Elizabeth Rusch is the author of a number of award-winning nonfiction titles for children, including: Generation Fix, Will it Blow?,The Planet Hunter, and For the Love of Music: The Remarkable Story of Maria Anna Mozart. Her previous Scientists in the Field titles include Eruption!, The Mighty Mars Rovers and The Next Wave. Elizabeth lives in Portland, Oregon, with her family. You can visit Liz online at www.elizabethrusch.com and follow her on Twitter @elizabethrusch.