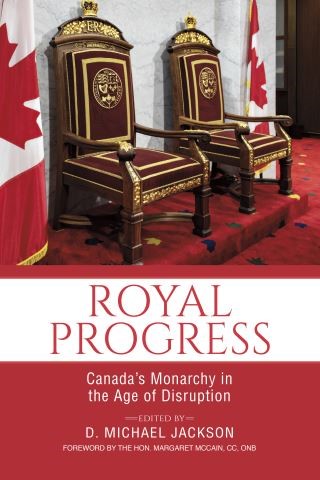 Canada's Monarchy in the Age of Disruption

As Queen Elizabeth II’s record-breaking reign draws to a close, experts on the Crown explore the future of the monarchy in Canada.

Queen Elizabeth II is approaching a record-breaking seven decades as sovereign of the United Kingdom, Canada, and fourteen other Commonwealth realms. In anticipation of the next reign, the essays in this book examine how the monarchy may evolve in Canada.

Topics include the historic relationship between Indigenous Peoples and the Crown; the offices of the governor general and lieutenant governors; the succession to the throne; the likely shape of the reign of King Charles III; and the Crown’s role in the federal and provincial governments, reconciliation with Indigenous Peoples, and civil society.

How will the institution of constitutional monarchy adapt to changing circumstances? The contributors to this volume offer informed and challenging opinions on the place of the Crown in Canada’s political and social culture.