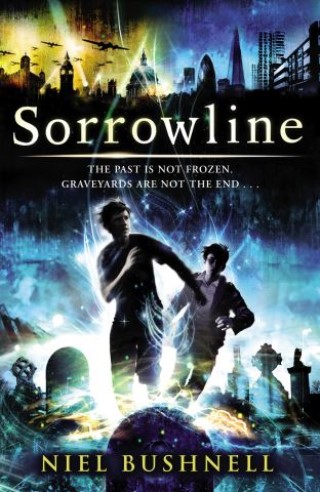 Twelve-year-old Jack Morrow is used to life being complicated. His mother died five years ago, and his father is now headed for prison. But then Jack discovers he’s a Yard Boy – someone with the ability to travel through Sorrowlines, the channels that connect every gravestone with the date of the person's death – and he is quickly pulled into an adventure beyond anything he could have possibly imagined.

Finding himself in 1940s war-torn London, with his then-teenage grandfather, Davey, Jack soon realises that his arrival in the past has not gone unnoticed. The evil forces of a secret world are determined to find him – and to find out all he knows.

As Jack struggles to survive, he comes ever closer to unlocking the dark secret at the heart of his family, and to – just maybe – changing his own destiny . . .

Niel Bushnell: Niel Bushnell began his career working in comics before moving into animation on the feature films Space Jam & Lost in Space, and as an animator & illustrator for several computer games, including Harry Potter and the Philosophers' Stone. In 2002 Niel established Qurios, an animation & VFX studio which has contributed to many UK TV shows, including Spooks and Hyperdrive. He was recently commissioned by BBC Radio 4 to develop his sit-com, Ragnor Rock. Sorrowline is his first novel.