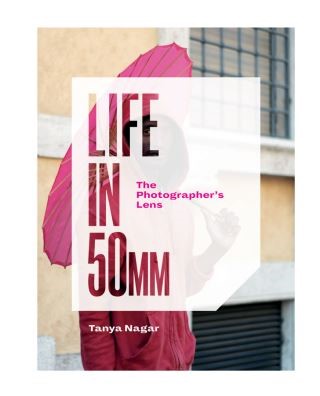 Life in 50mm: The Photographer's Lens

The 50mm lens is for photography purists. It's cheap to buy, light to carry and gets amazing results. It also makes even the greatest photographers try just that little bit harder to frame the perfect image. As a result, it's the first thing anyone buys after their camera.

Life in 50mm shares the greatest photos - and the personal experiences that led to them - from some of today's leading photographers. It also explains why they chose to reject complicated modern zooms and express themselves through the 50mm prime in the first place.

Tanya Nagar originally emerged in the wave of new photographers brought to the world by DeviantArt, an art-display site launched at he turn of the century and where her many fans knew her as Tanya-N. Her first book, The New Street Photographer's Manifesto, has been translated into numerous languages.

Her award-winning work has been globally published across media including the BBC, CNN, The Londonist, and seen at the Satchi Gallery, nearly all of it captured with her beloved 50mm lens.