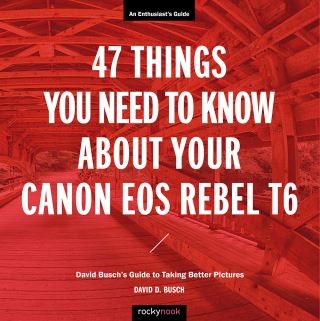 If you’re a passionate photographer and eager to deploy all the creative options built into your Canon EOS Rebel T6, these 47 picture-taking principles are exactly what you need to take your work to the next level. With friendly mentor David Busch as your guide, you’ll quickly learn nearly four dozen easy, useful techniques for getting the most from your camera. You’ll learn: