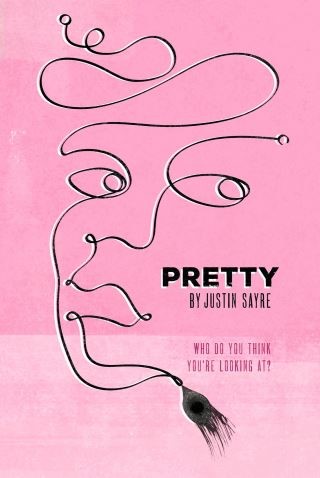 "Coming-of-age never looked so beautiful." - Kirkus (Starred Review)
"[A] powerful story of growth and change, brimming with honesty and hope." - Publishers Weekly
"Students who might not yet be ready for Angie Thomas’s The Hate U Give will find an equally compelling narrator and story in Pretty." - VOYA Reviews

Sophie's perspective on what being pretty really means changes drastically in the second adjective-busting novel by the author of Husky, Justin Sayre.

Sayre details the private and public life of a thirteen-year-old burdened with far more than the middle-school adjective of Pretty. Though she appears confident, stylish, and easygoing at school, Sophie lives a nightmare at home. When her mother's alcohol addiction spirals out of control, Sophie's Auntie Amara steps in to help. She teaches Sophie new lessons about her family and heritage, while also challenging her to rethink how she feels about friends, boys, and even her sense of place in the Brooklyn neighborhood where she lives. Sayre, a master storyteller in the coming-of-age genre, asks readers to confront superficial assumptions about gender and beauty, and breathes new life into the canon of middle-grade realistic fiction.

Justin Sayre: Justin Sayre is a writer and performer, appearing regularly in New York City and Los Angeles.  His debut novel, Husky was deemed "a superb addition to the middle grade literary canon" by VOYA Magazine and called "[a] moving journey of self-discovery . . ." by Publishers Weekly.  In addition to being an author of books for young readers, Sayre is a television writer for 2 Broke Girls and appeared in Lisa Kudrow's The Comeback.