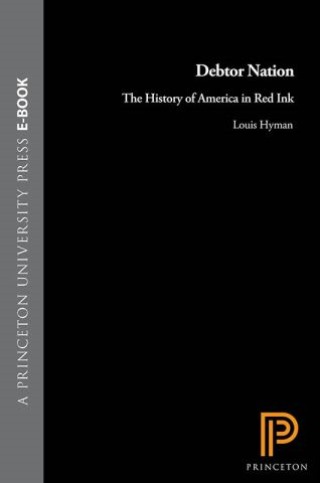 The History of America in Red Ink

Before the twentieth century, personal debt resided on the fringes of the American economy, the province of small-time criminals and struggling merchants. By the end of the century, however, the most profitable corporations and banks in the country lent money to millions of American debtors. How did this happen? The first book to follow the history of personal debt in modern America, Debtor Nation traces the evolution of debt over the course of the twentieth century, following its transformation from fringe to mainstream--thanks to federal policy, financial innovation, and retail competition.


How did banks begin making personal loans to consumers during the Great Depression? Why did the government invent mortgage-backed securities? Why was all consumer credit, not just mortgages, tax deductible until 1986? Who invented the credit card? Examining the intersection of government and business in everyday life, Louis Hyman takes the reader behind the scenes of the institutions that made modern lending possible: the halls of Congress, the boardrooms of multinationals, and the back rooms of loan sharks. America's newfound indebtedness resulted not from a culture in decline, but from changes in the larger structure of American capitalism that were created, in part, by the choices of the powerful--choices that made lending money to facilitate consumption more profitable than lending to invest in expanded production.


From the origins of car financing to the creation of subprime lending, Debtor Nation presents a nuanced history of consumer credit practices in the United States and shows how little loans became big business.

Louis Hyman: Louis Hyman is assistant professor of history at the ILR School of Cornell University.