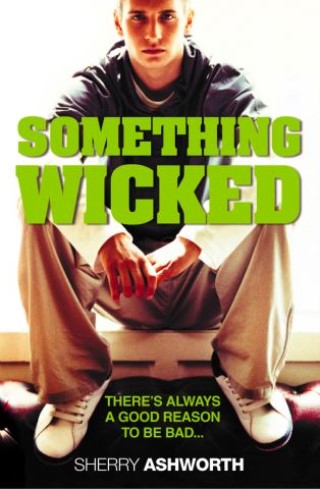 Sixteen-year-old Anna is an unremarkable schoolgirl. She does her homework, and keeps out of trouble. At home she emotionally supports her depressive mother and occasionally goes out with friends, but she allows no one to get close. Then Craig Ritchie storms into her life, and nothing is the same again.

Nothing much happens in Anna’s life. She gets on with her school work, helps her mum and keeps her fellow students at arm’s length. That is until Craig Ritchie arrives, a new boy at school. For reasons she’s not really sure about, Anna tries to befriend him, but finds him reticent.

Then one night Anna is mugged. She tackles her assailant and is horrified to see it is Craig. In the dark, he hadn't recognised her. They begin talking, and from here their strange friendship develops.

Craig, or Ritchie, as he prefers, has been involved in petty crime. He has a gang of friends from his old school who he still knocks around with and, gradually, Anna gets pulled into his world. But Ritchie isn't really the bad boy he first appears. Between them, he and Anna decide to use crime to try and redistribute wealth, rather than just steal for themselves. Anna thinks of them as latterday Robin Hoods. Their first few jobs work like a dream and Anna is excited and stimulated by her new life on the edge. She also realises that she and Ritchie are falling in love.

But then things start to go sour. Anna wants to stop the scams but Ritchie insists on just one final job, to get his own back on the father who abandoned him and his mother before he was even born. But there's something he's not telling her. They set up the job to steal from Ritchie’s dad’s house, but when his father discovers them, it transpires that Ritchie is really there for a completely different reason – to kill him. And to Anna's horror, he pulls out a gun …

Sherry Ashworth was born in 1953 and grew up living in London. She studied English Literature at St Hugh’s College in Oxford and then Medieval Studies at the University of York.