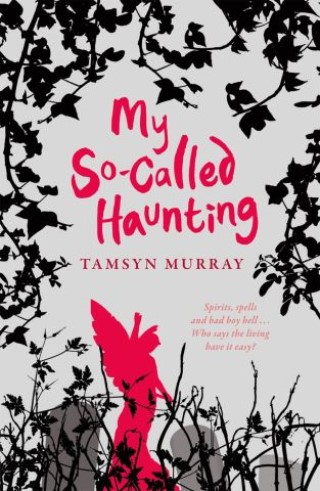 A funny, moving story from the AFTERLIFE world

Skye, a fourteen-year-old who can see ghosts, is feeling very stressed. Not only is the ghost of a sixteenth-century witch giving her fashion tips, but she's struggling to settle into life with her aunt, and is developing a crush on the most unattainable boy in the school, Nico. When her aunt asks for help with a troubled teen ghost called Dontay, she's glad of the distraction, and she's soon facing a battle to keep her love life and her psychic life separate. As things get ever more complicated, it looks as though Dontay's past might cost Skye her future.

Tamsyn Murray: Tamsyn Murray spent her childhood moving around a lot, from Truro in Cornwall to a village called Norham in Northumberland (which is probably as far from Cornwall as it's possible to get and still be in England) and then on to the Lake District. At eighteen she left home to go to university in London and has been a Londoner ever since. When she's not working or writing, she can be found singing and dancing with her local amateur dramatics society. Her first novel, MY SO-CALLED AFTERLIFE was highly commended by Booktrust Teenage Prize 2010 for its contribution to contemporary writing for teenagers. Follow Tamsyn at www.tamsynmurray.co.uk or on Twitter: @TamsynTweetie