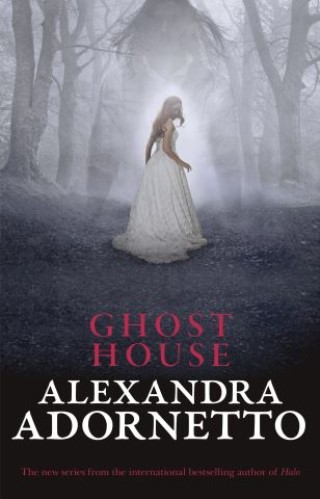 NEW FROM THE INTERNATIONALLY BESTSELLING AUTHOR OF THE HALO TRILOGY

'Alex is more real that anyone I"ve ever know. And him being dead ... really doesn't change a thing.'

After the death of her mother, Chloe Kennedy starts seeing ghosts again. Spending time at her grandmother's country estate in the south of England helps Chloe deal with her grief and the spirits that haunt her.

Until she meets a mysterious stranger.

Alexander Reade is 157 years dead, with a secretive past and a alluring force that draws Chloe more strongly than any ghost she's encountered before. But the bond between them infuriates the vengeful spirit of Alexander's past love, Isobel. And she will stop at nothing to destroy anyone who threatens to take him from her.

Alexandra Adornetto penned her first novel at thirteen and is now a New York Times bestselling author. She lives with her five-pound Yorkie named Boo Radley, who she rescued from a trailer park in Alabama. As a child, she saw a lot of ghosts. Her parents were concerned. She now lives in Hollywood with all the other misfits. You can find her online at Facebook.com/AlexandraAdornetto and follow her on Twitter @MissAllyGrace.