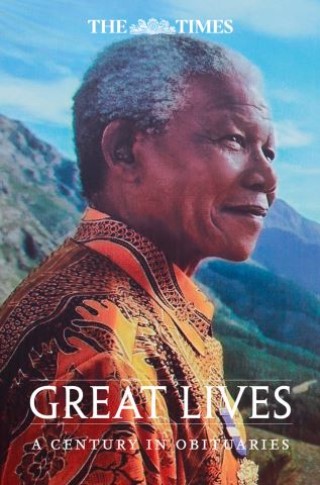 The Times obituaries have given readers throughout the world an instant picture of a life for over 150 years. The Times Great Lives is a selection of 124 of these pieces, each obituary has been updated and reproduced in their entirety, by Anna Temkin, The Times assistant obituaries editor.

The Times register provides a rich store of information and opinion on the most influential characters of the twentieth and early twenty-first century – be they politicians, sportspeople, musicians, writers, artists, pop stars or military personnel.

Major figures of influence from our times and from recent history such as Sigmund Freud, Pablo Picasso and Diana, Princess of Wales are included. This updated second edition includes some of the greatest figures of the modern era such as Nelson Mandela, Steve Jobs, Neil Armstrong and Margaret Thatcher.

Authoritative, fascinating, insightful and endlessly engaging, The Times Great Lives is a must for anyone with an interest in the history and people of the twentieth century.

Anna Temkin: Anna Temkin was educated at Haberdashers' Aske's School for Girls and University College London. She is the Assistant Obituaries Editor of The Times, having joined the paper in 2012, and editor of The Times Great Lives second edition. She also writes features and reviews for the Saturday paper.