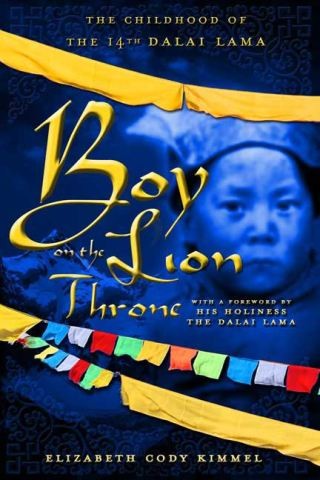 Boy on the Lion Throne

The Childhood of the 14th Dalai Lama

From humble beginnings to world leader, a new biography focuses on the childhood of the Dalai Lama, as his country remains at the center of the world stage.

On a quiet winter morning in 1937, several men on horseback rode into the tiny Tibetan village of Taktser. Disguised as peasants, the high lamas were on a secret mission--soon they would identify 3-year-old Lhamo Thondup as the 14th reincarnation of the Dalai Lama. With a foreword by the Dalai Lama himself, this dramatic narrative follows his remarkable childhood, illuminating the story of Tibet and introducing a remarkable world figure to a new generation.

Elizabeth Cody Kimmel: ELIZABETH CODY KIMMEL has written numerous books for young readers. An admirer of the Dalai Lama, a portion of the proceeds from Boy on the Lion Throne will be donated to Tibet Aid. She lives in Cold Spring, NY.